REMINDER – Completion of this 7-hour course satisfies the requirement for both Licensed Master Plumbers and Fire Suppression Contractors seeking to renew their license(s) which, under the 2008 Administrative section of the Building Code, is a three year license period. Licensees are required to take the 7-hour course within 24 months prior to the expiration of the license. 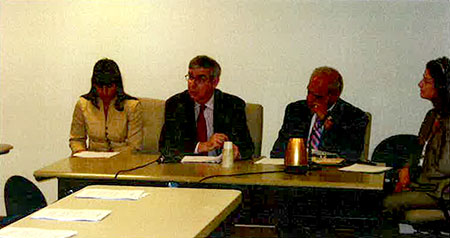 On May 21, 2012 the Foundation’s Executive Director, Stewart O’Brien, testified in support of the collaborative revision process of Intro.807. He noted, “While there will always be varying viewpoints and some disagreement when updating a Code of this size, the process was inclusive and the prime issue of the participants was the safety of New Yorkers. Accordingly, the Foundation supports this bill.”

One of the Department’s core duties is to facilitate compliant development and we have expanded the NYC Development Hub to meet this responsibility, accelerating inspections for construction, plumbing and electrical work. Our Inspection Services wi/I enable us to perform these development inspections within 10 days of an inspection request, a goal that Mayor Bloomberg highlighted in his State of the City address in January…

This reorganization will have minimal impact on our other inspectorial units. For example, while all development inspection staff wJ11 report to Mr. Connors, our development presence in the borough offices is unchanged, and the majority of development inspectors will not be relocated to other offices. In addition, there will be no change to Centralized Inspection Units, including the Boilers and Elevators divisions, at this time.

Thomas Connors has been promoted to Executive Director of Inspection Services. Based out of our offices at 1 Centre Street he will oversee citywide development inspections, including management of inspection services for our NYC Development Hub clients, as well as citywide inspection service levels. As Mr. Connors moves from his previous role as Executive Director of Construction Site Safety, he will transition his prior responsibilities, including management and technical support for the Buildings Enforcement Safety Team (BEST). During the transition period, Mr. Connors will provide support to BEST until a replacement for his prior role has been named…

Following is one of the Foundation’s four new educational advertisements which are being published in a variety of construction, real estate, and news reporting outlets such as websites, blogs, and magazines over the next 3 months. For all Plumbing Foundation advocacy advertisements please visit 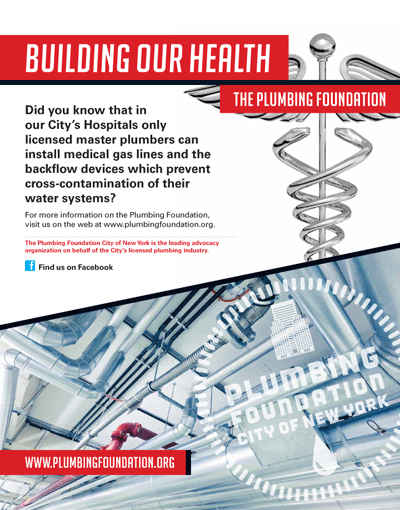